The purpose of MAPS is to represent the best interests of its members toward the pursuit of practical lake management to protect and preserve the material character and water quality of Mullett Lake and its surrounding watershed. 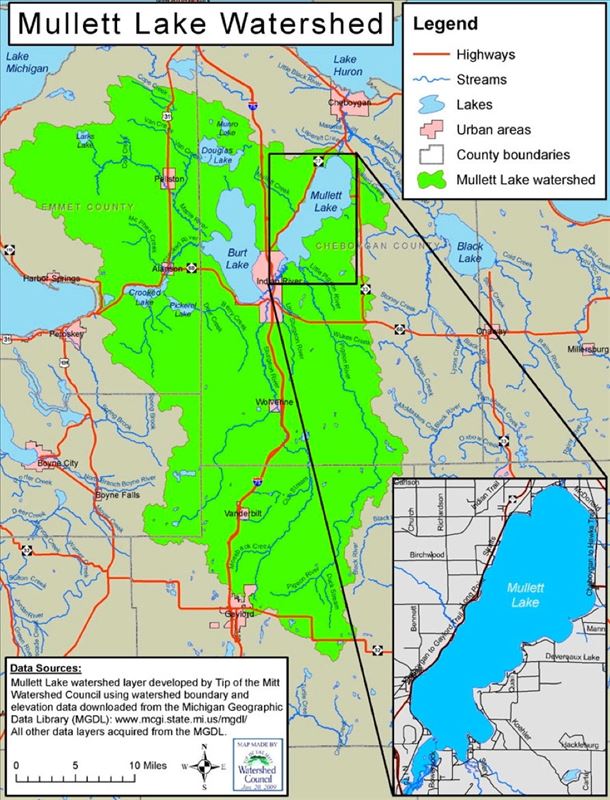 On June 20, 1985 a letter was mailed to interested persons inviting them to a preliminary organizing meeting to establish a lakewide organization for Mullett Lake. Prior to that time there were a number of geographic organizations around the shore of Mullett Lake who were more or less active and more or less organized and more or less effective. Some, like the Grand View Beach Association and the Birchwood Association were well entrenched in their local area, but there was no mechanism for interaction between these groups and no organization to look after all of Mullett Lake. That 1985 meeting was held at the Scotts Bay shore line home of Dolly and Dave Nethercot.

There was, at first, some pessimism about people wanting or caring about such an organization. But in the summer of 1985 there were plans hatched to develop in the Indian River Spreads a large marina and condominium type buildings. This threat to Mullett Lake was a catalyst that helped propel the successful beginnings of The Mullett Lake Area Preservation Society (MAPS) as we know it today.

The original group sought and got professional help from the Tip Of The Mitt Watershed Council (Tip) then located in Conway. With good organizing skills, there were by-laws drawn, membership solicitations made, and a Board of Directors selected who elected the first slate of Officers. The first Annual Meeting of MAPS was held August 2, 1985. By-laws were adopted, a Board and Officers elected and MAPS was off and running.

Other Partnerships
Tip of the Mitt Watershed Council
Huron Pines